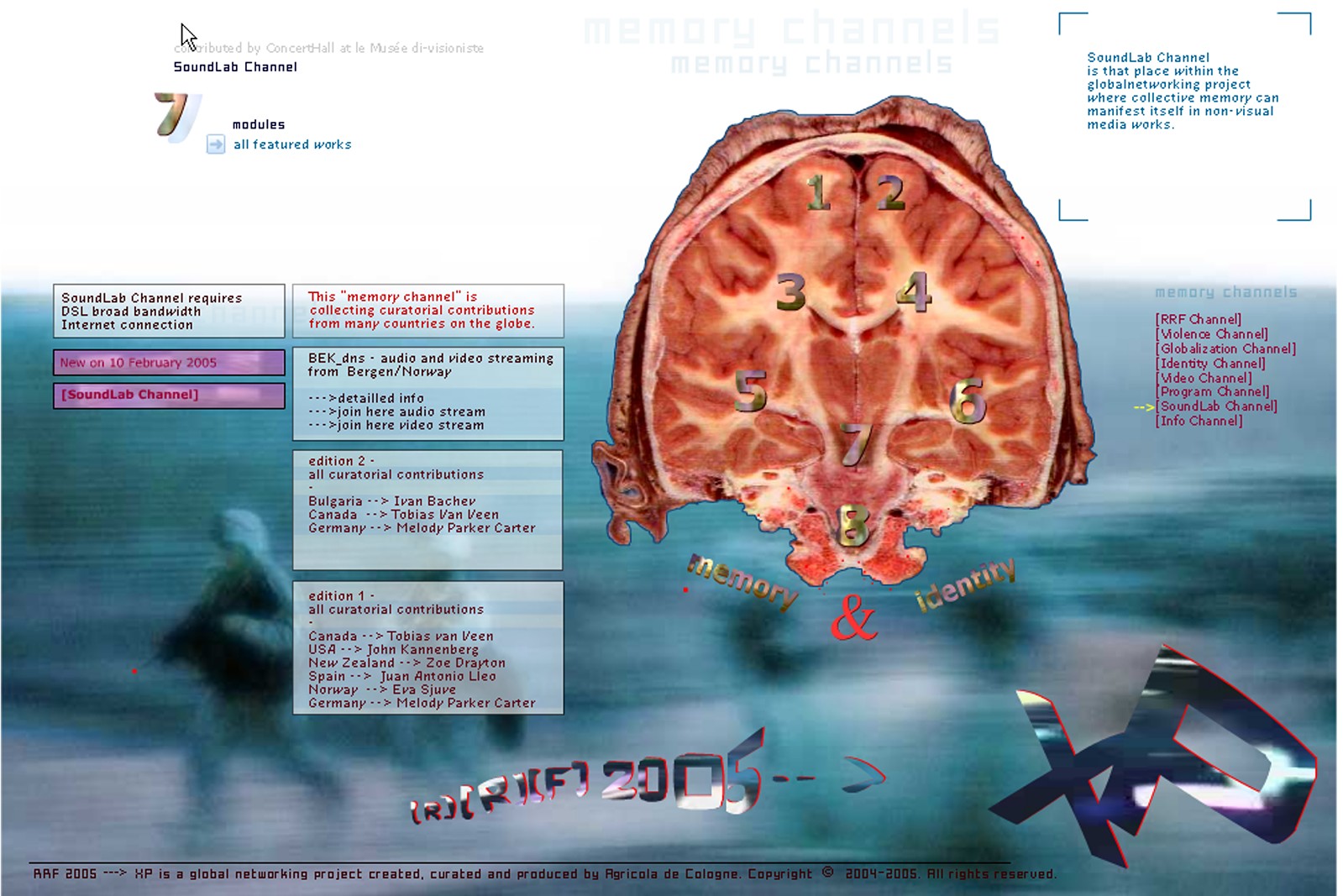 In 2003, Agricola de Cologne made a proposal of a Internet based new media project to Biennale of Electronic Art to take place 2004 in Perth/Australia.
According to the artistic concept, Agricola de Cologne wanted reflect his experiences with the Internet as an artistic medium – particularly the aspect of globalwide networking without any boundary.

At that time, the artists were still following the Utopian idea, the Internet might be that future platform for a completely independent art creation which was not dominated by a few cultural instances like curators, art critics and museums.

When Agricola de Cologne started working with new media on 1. January 2000, he had analyzed the Internet as a potential artistic medium, where the results of his research was that communication via the Internet, – and this way- networking was representing one essential aspect, and this in many concerns. Agricola de Cologne was certainly not the first artist who recognised – networking – as one main feature of the Internet, but he was certainly one of the first, who created such a network as a social medium related to art, which in 2016 is still existing. Many years later only, Mark Zuckerberg founded Facebook and went a commercial path, while Agricola de Cologne remained continuouing his social platform according to an artistic concept following exclusively non-commercial – and in a certain way, restricted – goals.

His proposal to BEAP took his already existing and continuously expanding “social platform” – at that time named “NewMediaArtProjectNetwork” to be renamed later “The New Museum of Networked Art”- as a basis and a topic which was very specifically Internet, as well as it hit any human individual on earth – “memory” in all its variety of aspects and interpretations – as it can be found in different cultural, social, religious and ethnic backgrounds, and very Internet specific – the digital aspect related to art in form of a variety of artistic digital media – including netart, sonic art, videoart – and a project workout using different electonic technologies in Internet and physical space.

Agricola de Cologne gave the project the name [R][R][F]2004 – Remembering-Repressing-Forgetting, the first project which he was planning in an exchange between virtual and physical space, a dual system which the artist was practicing afterwards on all following artistic projects until today!

When Agricola de Cologne was finally invited by BEAP to realize this project, he was not only the artist, but also the curator, programmer, mediator and much more – all combined in one single person, and as such it represented an enormous challenge. This succesful experiement was a milestone with farreaching consequences for his future work, including new and expanded project versions, as well as changing the direction from a previously exclusively electronic online medium to digital media like video and sonic art, while a main part of all future project were always Internet based, and as such netart in an evolutionary process. More details about the “PROJECT”

Before [R][R][F]2004 was premiered in the context of BEAP on 9 September 2004, test versions had been installed ealier in 2004 in Romania, Norway, Thailand, Germany, USA, Italy, Austria and Croatia, more details see –> VENUES